Difference between revisions of "Getting Started With SCI Development"

This page serves as an introduction to SCI Programming. Programming for Sierra's Creative Interpreter can be divided into two main sections.

Creating SCI Games
for those who want to learn and create new games using the interpreter.

Programming SCI Tools
for those who want to learn more about the Interpreter itself and want to create new tools for editing games.

For a list of all "fan-made" games refer to the All SCI Releases Category. Many of these can be downloaded from the SCI Programming.com website.

There are several versions of SCI, ranging from early game types such as King's Quest 4, Leisure Suit Larry 2, and Police Quest 2, all the way up to Kings Quest 7, Phantasmagoria, and Gabriel Knight.

Typically, the earlier versions SCI0 are better supported. Continued development and research can be found on the SCI Message Board. For all versions, refer to Sierra Game Versions 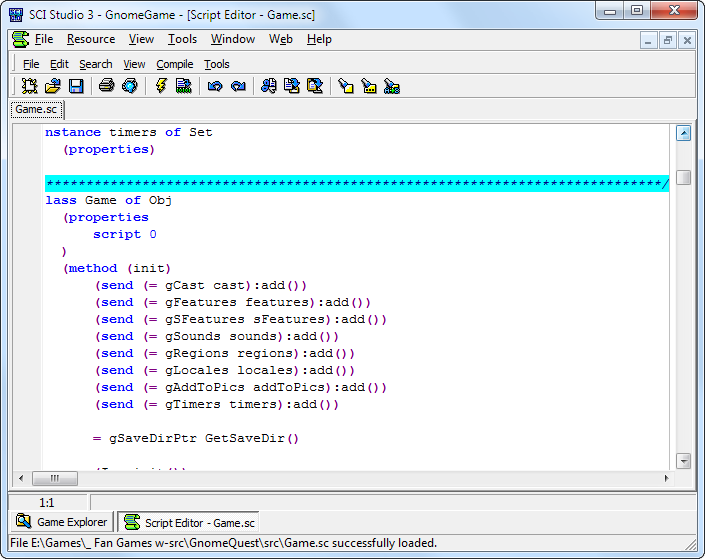 This is the tool originally created off the back of the efforts of many to "reverse engineer" the SCI format. Although now superseded by SCI Companion, SCI Studio still has many useful tools for editing SCI Resources.

Brian Provinciano's SCI Studio Tutorial 1
A great place to start for first time users.
Takes you through your first game, including how to edit views, pictures, scripts, fonts and vocabulary. Moves on to how to handle player input, create rooms, doors, and inventory items. 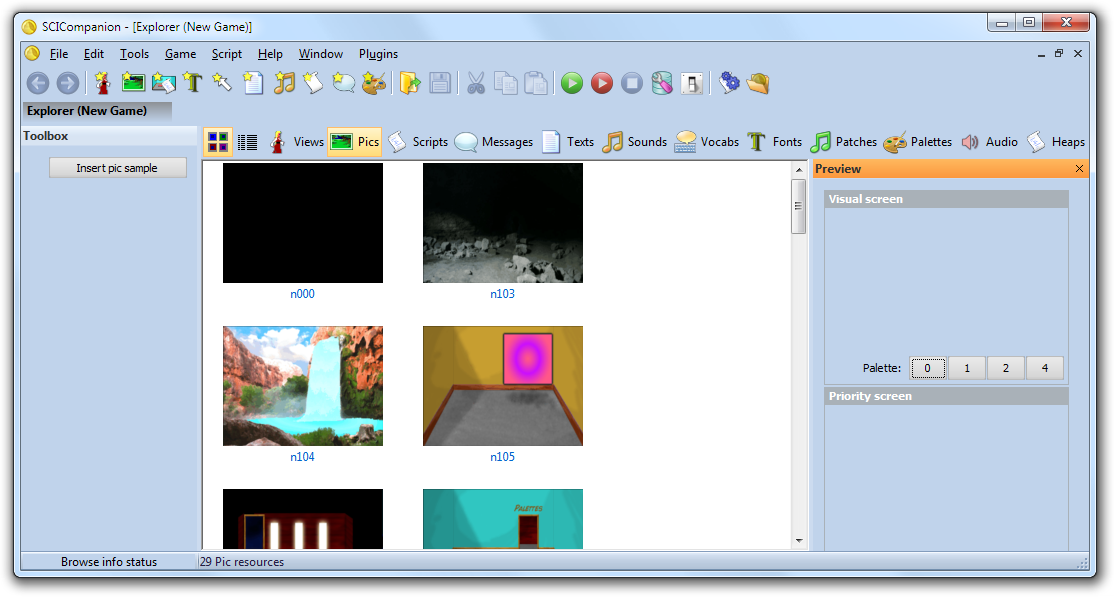 SCI Companion is the successor to SCI Studio. It introduces full support for SCI1 (and above) as well as many other features, including a better scripting language, "Sierra Script".

A lot of the above SCI Studio tutorials also apply to SCI Companion, as it is compatible with both. However it is recommended you convert your script format to the superior and easier to use Sierra Script. The differences are documented in the SCI Companion Documentation Differences from SCI Studio syntax.

A Basic Tutorial for SCI1.1 by Phil Fortier
This tutorial can also be found on the SCI Companion website. Covers creating your first room, objects, props, inventory, scoring, and adding more rooms.

An SCI game runs on a Virtual Stack Machine(wikipedia link). Game Resources are stored in a proprietary archive format, or individually in the game folder as a patch file.

The following information is available on the specifications of SCI.

The Community Portal has links to external sources and information about the Wiki.

It also contains a link to the SCI Messageboard - where you will find other SCI programmers and announcements of new games and software.